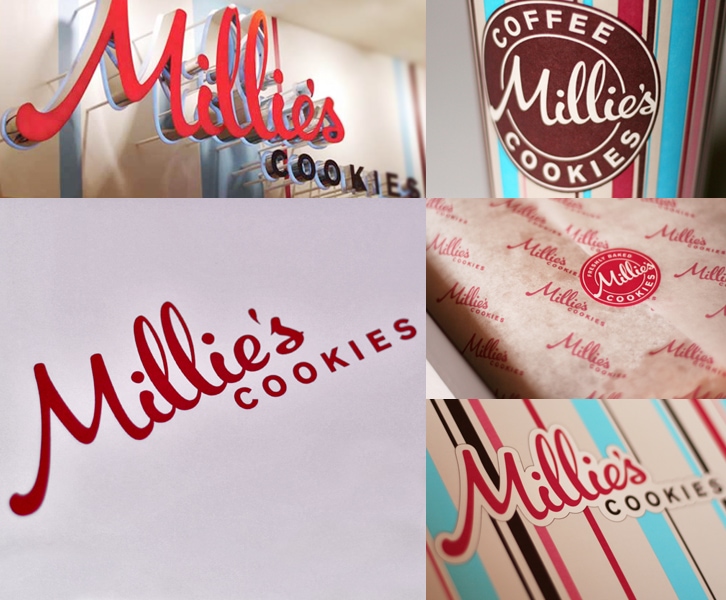 In 2006/2007 I worked as a middleweight designer at the multidisciplinary design agency The One Off. While I was there I worked with a team of 2D and 3D designers on the re-branding of Millie’s Cookies. My brief from the creative director was to create a logo that felt like a signature, and complemented the other brand elements that were being developed, such as the candy stripe packaging and pastel colour palette. I based the typography of the logo on Garamond Italic, then spend many hours painstakingly adjusting the weight of the lines, the arrangement and angle of the letters, and ensuring it all joined up and flowed properly from one character to another. It was one of my favourite projects to work on, as there is something pretty exciting about seeing your work transformed into a large illuminated 3D sign, instead of just the normal 2D applications of print or web. It was a surprise to see the logo recently pop-up on adverts for Iceland, and nice to see the original Millie’s lettering remains the same.

Graphic Designer and Photographer based in Suffolk, UK.